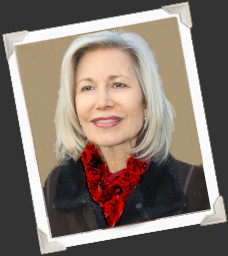 Lisa’s work has appeared on PBS, HBO, MTV, ABC, NBC, CBS as well as most of the major cable channels. She has worked with such figures as Barbara Walters, Diane Sawyer, John Stossel, Linda Ellerbee, Mike Wallace, Peter Jennings, Michael Bay, and Lisa Ling, among others.

A native of Philadelphia, Pa., Lisa moved to New York to earn a Bachelor of Fine Arts in Film from New York University School of the Arts (now Tisch School of the Arts) where Martin Scorsese was her professor. Prior to her career in television and films she acted in Off-Off Broadway theater, worked as a still photographer and sang backup in The Stilettos, a seventies New York rock group.

Lisa is currently a producer/editor on the independent documentary Miracle on 42nd Street, winner of the 2020 New York Regional Emmy® Award for Best Documentary, Associate Producer and Supervising Editor on Created Equal: Clarence Thomas In His Own Words which premiered in theaters nationwide and aired on PBS in 2020 and producer/editor of Outlaw, a short dramatic film directed by Elizabeth Kemp. Lisa also teaches film editing at NYU Tisch School of the Arts and the New York Film Academy